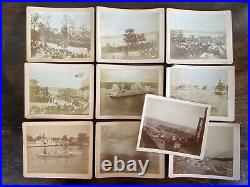 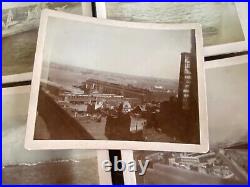 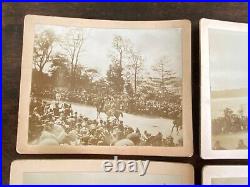 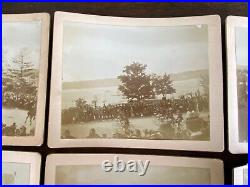 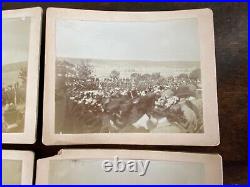 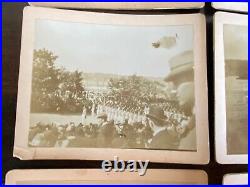 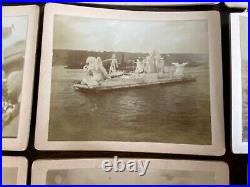 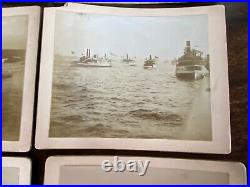 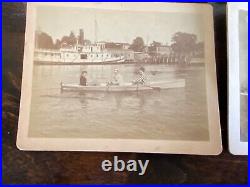 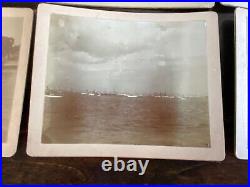 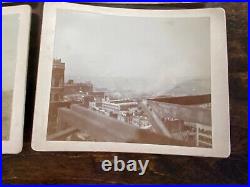 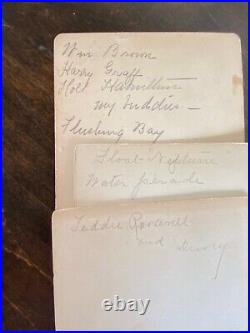 This is a lot of 10 antique photographs featuring the Dewey Land and Naval Parades held in New York City in 1899. The images are as follows. Images of men on horseback during parade, back reads “Teddie Roosevelt and Dewey”. Men on bicycles at parade. Marching soldiers at parade; Boats shown in background. “Float’Neptune’ – Water Parade”. Scene with numerous boats including a paddleboat (damaged corner). Three men in a row boat with boat and hotel in the background; “Wm Brown, Harry Graff, Holt Hamilton – My buddies – Flushing Bay”. Scene with numerous boats in the distance. Scene from top of building (possibly under construction) showing boats in the distance. Scene showing railroad station with boats in the distance. The cards measure approximately 4 by 5.25 inches. This item is in the category “Collectibles\Photographic Images\Photographs”. The seller is “antiquecollecting.com” and is located in this country: US. This item can be shipped worldwide.